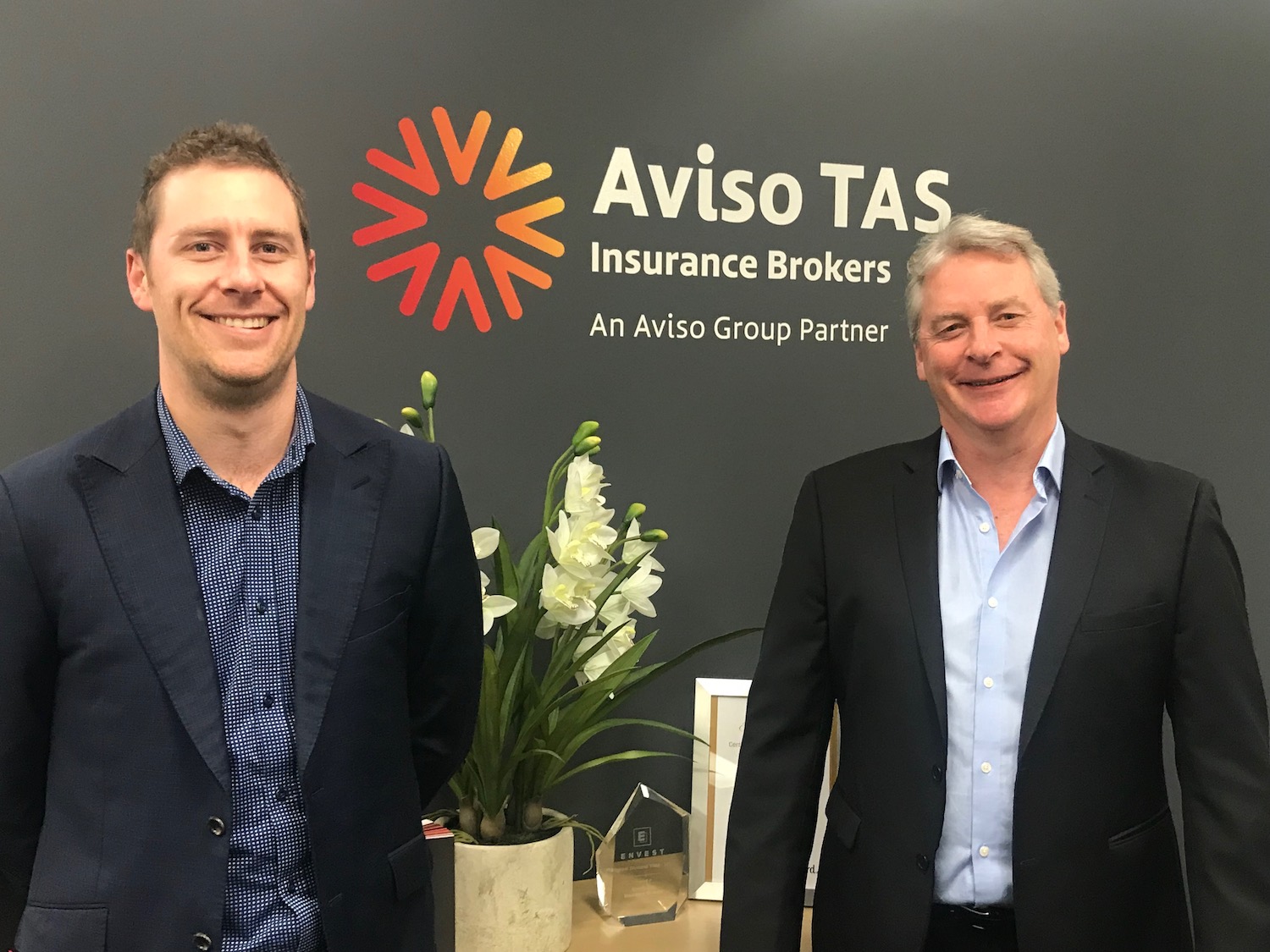 The Envest team met John MacMurray through industry connections in 2012. The year prior, John had established his business as an Authorised Representative and was using his 36 years’ experience working for corporate brokers to build momentum and achieve a lot of success.

However, being an AR, he only owned a share of the business he was generating and felt unsupported by his broker. Envest, through our connection with Hollard Insurance, provided John with the capital to buy the broker out, get his own AFSL and start what today is Aviso TAS Insurance Brokers.

In 2012, David Baker and John’s son, Ben, joined the company after serving their time with QBE Insurance Australia. Ben is now a director and shareholder. In 2013 Stacy Browne arrived to bring some order to the place and manage the office and soon after David’s son Jayden followed. Today Stacy is the Operations Manager for Aviso TAS.

At the time, John had a meagre $650k in commission and fee income. John and I did a dodgy five-year forecast which we soon forgot about – John had a business to build and five staff to feed. In five short years, the business grew to just under $2m in C&F income and we missed our profit forecast by $12k! How about that for start-up budgeting?

The business is a founding member of the Aviso Group and has recently rebranded with the new name. They are now the third-largest private broker in Tasmania, recently acquiring four portfolios of business (ARs). On completion of the transfer of these portfolios, Aviso TAS will be writing $2.75m in income, have 12 full-time staff and still plenty of opportunities ahead.

A key factor in the Aviso TAS success story is the culture they have created. Everyone in Hobart wants to work for them and they have attracted a talented bunch of young people. If anyone is ever in Tassie please pop in and spend some time with the Aviso TAS team – they are great hosts and know the best chef and restauranteur in Tassie (John’s brother Scott!). In addition, they insure the famous MONA Museum, the ferries that get you there, the winery and brewery that supplies the wine and beer, and the salmon you eat at the restaurant, by HUON Aquaculture.

We are proud of what John and his team have achieved in such a short space of time – now back to work and on to being the number one broker in Tassie!