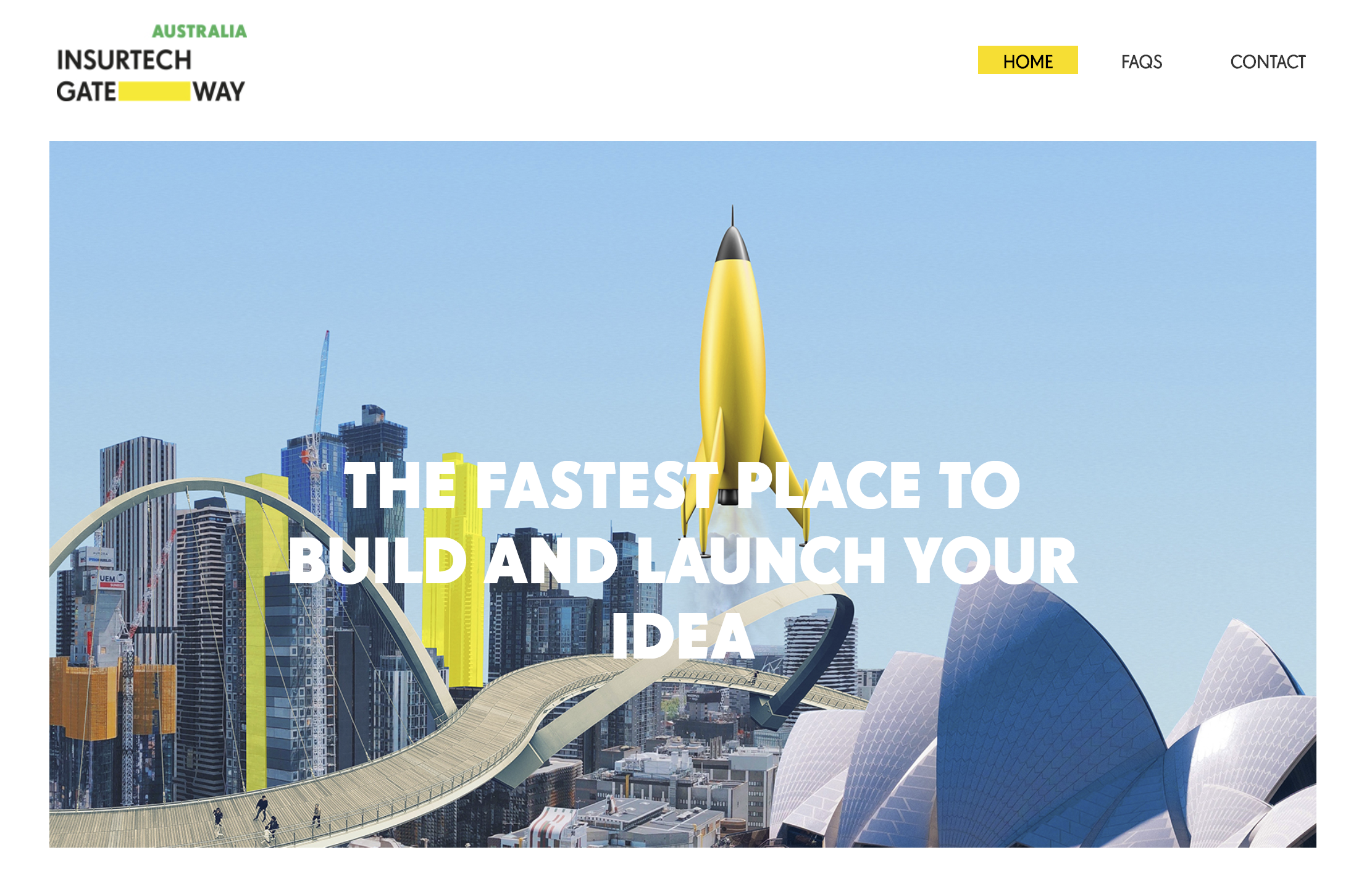 A specialised incubator for startups innovating within the global insurance sector, Insurtech Gateway offers a hands-on business incubation to a selection of early state insurtech founders. Uniquely, it is also an FCA-authorised insurance entity in its own right and has its own underwriting capabilities. Since launching in the UK in 2017, it has helped foster the growth of emerging insurtech leaders, including ByMiles (as featured in The startups 100, 2019), FloodFlash, Digital Asset Services, Humn, and Insurdata.

Simon O’Dell, CEO, Insurtech Gateway Australia commented: “Insurtech is a fast-growing part of Australia’s fintech eco-system, but bringing new ideas to market can be extremely challenging due to complex regulatory hurdles and access to customers. We are rolling out a proven model to rapidly accelerate the development process for Australian insurtech startups.”

“The Gateway will turbo-charge the success of our best insurance technology-focused entrepreneurs. For example, we can reduce the 12-month authorisation process to provide insurance products in as little as two weeks. While we have access to two funds in the Gateway Fund and Envest, it is the smart and strategic value behind this capital that will determine success in today’s competitive environment, and we aim to build a business around that ethos,” he said.

Aiming to graduate four to six startups over the next two years, Insurtech Gateway Australia is focussed on supporting insurtech startups that are seeking product-market fit and are valued between AU$500,000 and AU$2 million.

The incubator will provide pre-seed funding, and execute a hands-on, bespoke program for incoming startups, working with various industry partners to offer authorisation and operating support, increase insurance capacity and build connections with potential customers. Beyond the core team, startups will be supported by a global network of mentors.

Insurtech Gateway co-founder Stephen Brittain said: “We share a belief that high scale insurtech businesses will come from Australia. We’re trying to keep up with the ambition of a country that thinks globally from day one and was the home of start-ups like Trov. The Gateway will connect Australian entrepreneurs with a global network of ambitious founders and investors. This is just the beginning; we’re going to expand into Asia and other key international markets”.

Insurtech Gateway Australia expects to welcome its first startup in the coming months, with several founders already in discussions about joining the program. Beyond the initial pre-seed investment for participants, graduates of the incubator who require capital will also have access to both the Gateway Fund and Envest. Envest have over 20 traditional insurance businesses in their portfolio with 5 insurtechs, having supported 10 of these businesses as start-up.

Greg Mullins, Partner of Envest said: “Australia should be exporting our greatest entrepreneurial talent and building more global insurtech businesses. The London Insurtech Gateway team are an impressive bunch. They have the runs on the board. They know how to discover and develop success in the UK and we have been able to achieve that on a traditional basis here. We want to be part of the insurtech revolution and help drive that here in Australia. We are proud to be supporting the launch of the Gateway here in Australia; now, our founders will truly have world-class resources to help them compete with the best.”

Insurtech Gateway Australia will be headquartered in Stone and Chalk Sydney, with offices in Queensland.

The insurance industry has so many barriers to entry, founders often run out of energy and money just trying to get in. The Gateway is a one-stop-shop for founders, where they can get underwriting paper, investment capital and advice on how to design and build their startup, all surrounded by great insurance partners. The Gateway fund & Envest support the portfolio post incubation, to Series A and beyond.

“The Gateway are our insurance sherpers, guiding us through the wilderness of insurance” Mark Musson, co-founder, Humn.ai (Gateway portfolio company)

Insurers often struggle to innovate within their own businesses, the Gateway enable insurers to do this in a safe environment. They facilitate insurers, technology partners and insurtechs to get to know each other and work together, over the whole duration of building a business.

The Gateway would like to meet early-stage founders with game-changing ideas or products, and progressive (re)insurers who are interested in collaboration

A leading UK insurance tech incubator is launching in Sydney